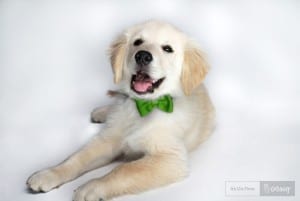 That’s the one thing you have to remember about WASPs: they love animals and hate people.  Gordon Gekko WallStreet

This is the week that SuperBowl ads were previewed by the general public. Most of them were clever, targeted their audience, and attempted to break through the clutter of other advertising. We, as consumers, are beated down by reality shows, health claims, new food tastes, car insurance, cars that go fast, cars that carry heafty prices tags, etc. No one to my knowledge wakes up in the morning to determine what Godaddy is doing to mine the sale of new domain names. Before creating the ad they could have consulted the wisdom of W.C. Fields who said “Never work with animals or children.

It’s a fact. Gordon Geko in the movie Wallstreet said “If you need a friend, get a dog.”

An outrage poured on to social media. For many the ad was difficult to watch.In the spot, Buddy gets tossed from the back of a pickup truck and runs the long distance home through nasty weather, only to be told by his owner that he’s been sold online via GoDaddy.

See for yourself and ask ‘what were they thinking?’ Was it a ploy? Was it designed to be offensive so the ‘replacement’ ad will gain greater attention? Tune in Sunday’s SuperBowl to find out.

Now apply that same logic thought process to your own business. Value in any product or service is not determined by you but your customers. The more value, the greater they will pay.

Clearly the GoDaddy ad is well produced. Some ad agency delivered what GoDaddy wanted…an ad that would get attention. Problem was the attention used puppies in distress to gain exposure.

If at first you don’t succeed, try, try again. Then quit. There’s no point in being a damn fool about it.