Lessons from the Olympics 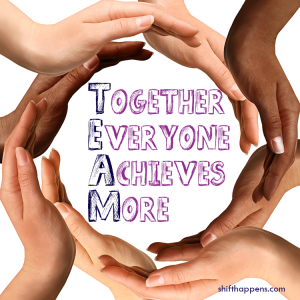 Olympia mania comes every four years and then we forget about it for another three and half years. The events monopolized most of the world’s attention and taught us lessons about what it takes to train to win and how to deal with losses.

It will take quite sometime to understand the meaning of Phelps earning more gold metals than anyone in history. Years to realizing what Jamaica’s Usain Bolt accomplished, how we celebrated our volleyball team’s third gold, and why Gabby Douglas will go down in Olympic history as one of the most successful American gymnasts of all time.

What seemed to be the surest thing in the entire Olympics was that McKayla Maroney would win the vault gold. She seemingly had no challengers with the most dangerous, difficult and consistent vault in the world. However, Maroney fell and was awarded the silver, topped by Sandra Izbasa of Romania. Talk about unpredictable and unthinkable. Shift Happened and she had to deal with it.

I was distraught that Jordyn Wieber, the defending world champion, and easily one of the best women’s gymnasts in the world, looked on from the stands as everyone else competed for the coveted gold medal in the individual all-around. I could, blame Gabby Douglas and Aly Raisman for edging her out or blame the FIG for having a two-per-country rule but what I learned is that her loss, like Maroney’s demonstrated that no one is immune to falling short of expectations.

One of the most important lessons I learned from the Olympics is that team members have each other’s back.

Throughout the games I saw examples of spontaneous displays of affection evidenced in chest bumps, high fives, bro hugs, and low fives. In business it is the traditional handshake but it is quickly being replaced, in some circles, as fist bumps or the ‘bro hug’, a one armed version of the original ‘bear hug.’ We all need to celebrate success and support those that tried, but failed to achieve their goals.

There may be more important lessons to be learned like focus, commitment, and accomplishment but I prefer to call your attention to something you can emulate today.  Reduce your spacing from your associates, friends, and even your family. We are all here to win. And winning doesn’t have to come from the loss to someone else. The world is competitive and your team needs to start planning how to win, and possibly lose, before you start celebrating.

Catalina Ponor from Romania proved that comebacks were possible. She may not have had a perfect competition, but she kept fighting throughout the Olympic competition. She showed poise in tough situations, like when Aly Raisman beat her in a tiebreak for the bronze medal.

I think I can safely say that the five member of the U.S. women’s gymnastics team captured America’s heart when they won the first team gold medal for America since 1996. They won as a team. Not individuals. They supported each other. They shared in the losses and rejoiced in the successes. They love what they do and seem to love each other.

Olympians reminded me that you have to love what you do. You have to be willing to get up each morning and do something you know will help you reach your ultimate goal, whatever that is for you.

Whether its striving for an Olympic metal, losing weight, becoming healthier, wealthier or wiser–find others that share your goals and create a team to support each other. Together you can ensure that Shift Happens!.