Jump Out of Your Comfort Zone 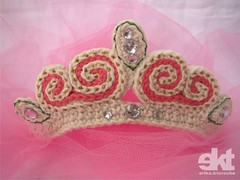 For years I have advocated that you step out of your comfort zone. There are always references to Steve Jobs, Jack Welch, Lee Iacocca, and other innovators. However moving outside of your area of comfort is not limited to industrial leaders.

This week an 86 year old Bond Girl thrilled audiences all over the world. If you were watching the opening ceremonies you saw the Olympic Spirit in one of the most unlikely world figures. If you missed it the media replays they can be found on YOUTUBE, NBC.COM and almost every ‘entertainment’ site. So who was this Bond Girl? That outrageous queen of the Olympics, Queen Elizabeth II.

For me I love seeing people step out of their comfort zone and break established patterns. Sometimes they risk looking, well, crazy. So what? At the end of the day people do it everyday and document their success on the Internet, blogs, shared videos, and more.

The decision to make this a fun, never expected, entrance required some serious ‘disruptive’ thinking. Who had the guts to ask The Queen to go along with the comic gag that Daniel Craig (the latest James Bond) would be her bodyguard, sent over to escort her to the Olympics? Imagine telling the Queen of England that she would be flown over London, in her private helicopter then parachute out of the helicopter in her formal attire with James Bond joining her.

Who saw a movie director as the creator of a $42 million dollar extravaganza the offered a mix of culture and humor in a technically stunning show? Who would take on the responsibility of trying to ‘one up’ what China did in 2008? It would take someone crazy and gutsy.

Who stepped out of their comfort zone to Danny Boyle and independent filmmaker unfazed by Hollywood glitz to work with the top echelons of British popular culture?

Today step out of your comfort zone. Do something extraordinary.
To take a risk you must focus on the outcome and not the process.
As Nike says, “Just Do It!”