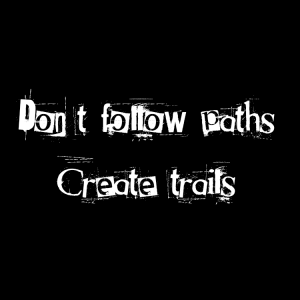 As we reach the halfway point in the Olympics I was struck by the fact that many athletes spend much less time competing than others. In fact some win metals by performing for seconds while others take days. Shot put takes thirteen seconds. All around gymnastics seven minutes, basketball could take three hours, soccer eight hours, volleyball fourteen hours. It is true in everyday life and business. You have to training to learn a business, or develop a career, that takes about as long to win, or lose, as any Olympic competitor. But what do they both have in common? Focus. Commitment. Attitude. Time

As I watched, read, and heard reports from the Olympic competition I was struck by how each of the winners all possess the same F.A.C.T.s

It started with the opening ceremonies and a comparison to Beijing. What could be done in London that had not already been created in China? Danny Boyle, a movie director took on the task and by most accounts, won the Gold. His visual displays of telling a story, the elaborate fireworks, and the arrival of the Queen were rebroadcast all over the world. Against over whelming odds, he beat China but it took four and a half hours and years of preparation, lots of ‘moving parts’ and laser focus.

Gabby Douglas has been through soaring highs and heart-breaking lows on her path to becoming all-around Olympic champion and win the gold in less than seven minutes to win, but over half of her life to prepare while court records show that the mother of Olympic gymnast Gabby Douglas filed for bankruptcy earlier this year in Virginia. Now Gabby stands to earn millions of dollars from endorsement deals and other ventures. With the family’s financial sacrifice, Gabby has become an international superstar. Her ability to relax, focus and block out the pain all at once is unique in this sport demonstrates her focus. She never seems nervous before a race and her intensity on the uneven bars is unmatched.

Michael Phelps headed into the retirement the only way imaginable — with another gold medal….and a total of 22 metals earned since he started to compete in 2000. He hit a new personal low at a meet in Austin late in 2011, when his time in a freestyle preliminary was so poor that he ended up swimming in a consolation race. It took him twelve years to take his place among the swimming world’s all-time greats. No athlete has done more for the sport and dominated it quite like Michael.

For all three its about the F.A.C.Ts.

The daily struggles of each athlete reminded me that …

Here are a few lessons from the Olympians that may help you ‘win’ in life’s competition:

Live in the future
Appreciate the wisdom of others
Forget permanence.
Get excited and accept risk
Create a support system of coaches and cheerleaders
Practice, practice, practice
Chase the dream it won’t chase you.
Whether it’s Gabby who is starting her career, Danny who is now looking for his next challenge or Michael who announced his retirement, each of them taught us the same lessons: It’s when preparation meets opportunity.
Focus on the RESULTS, Not The Effort! There are no metals for #4 in any event.
Attitude kicks open the door, moves us forward and possibilities follow.
Commitment resets everything till the goals are reached.
Timing is omnipotent. The more time you spend the greater your chances of winning.

How long does it actually take to win? Review your F.A.C.Ts.