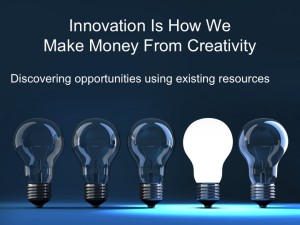 A recent survey of top executives from Fortune 500 companies through out the United States ranked creativity more important than Intelligence for success in business today.

That’s because these demanding times require leaders who can respond quickly and imaginatively to change.
In these do-more-with-less downsized times, the need for every employee to contribute creative ideas and original solutions has never been greater.

And the lead must come from the top.

Innovation is a way to use your imagination and your reasoning ability to help discover how to liberate your mind from the constraints of habitual thinking.

Innovation is the product of discomfort.

Create, in your mind, a solution centered mindset for the realization of your most ambitious innovation objectives and the fulfillment of your highest personal aspirations.

Last night I was channel surfing. I couldn’t find shows without violence or ‘reality’, or taxi cab confessions. I went to the ME network and they were playing old television series including I Love Lucy. I started to think about unlikely innovators such as Lucille Ball. She broke the rules. First as a woman producer/owner. Second as an innovator.

She had amazing talents as a comedian and actor but her pioneering work as an innovator in the world of television helped her change television.

She was the first female studio head and invented the concept of the live television audience as well as the three camera approach that revolutionized viewer’s perspective because she realized that audiences’ satisfaction determined her success.

I must confess…I Love Lucy. While she portrayed a character that ‘had some explaining to do’ in real life she was one smart redhead that built a television studio, Desilu, that made Lucy and her real life husband Desi Arnez real life millionaires. That’s the kind of reality I like. Hard work that pays off. Not some disfunctional housewives or families that have no talent except to show that they are wealthy because we made them rich by allowing them to share their personal lives. I often wonder if they had to work in the real world if they could even get a job.

It’s great to be noble and follow your bliss and do what you love BUT if you truly want the money to follow, then you must strategically link your bliss to something that others, preferably those with discretionary income, what or need. Learning to think creatively is the best business survival tool there is. I will say it again: Innovation is how we make money from creativity.  “It’s not creative unless it sells.” is often attributed to David Ogilvy, famous advertising agency founder. David Ogilvy did NOT say, as is widely believed, “it’s not creative unless it sells.” The mantra actually originated with Benton & Bowles in the 1970s, but David Ogilvy quoted it so frequently (actually, misquoted, as “if it doesn’t sell, it’s not creative”)  he made it his own. Yet David remains the person credited with the saying. So, if you are going to say something repeat it often. Same with great ideas. Don’t give up because it did not work the first time. Failure is the second cousin to success.

My favorite innovation lesson comes from learning about Benjamin Franklin. 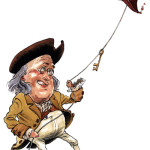 Ben may have discovered electricity but it’s the man who invented the electric meter that is making all the money. 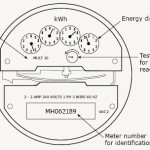 Research has shown that regardless of age or education, everyone has the capacity to become more creative. Creativity is the ability to make links that make a difference.

You know those maps in shopping malls that say “You Are Here’? They exist to orient you in unfamiliar territory, to tell you where you are, where you want to go, and how to get there. I hope to provide you with the same path to discovery.

It’s not about starting over-it’s about empowering yourself to keep going. Every entrepreneur experiences challenges that make them question whether or not it is time to quit and try an alternative career. No matter how hard you work to establish a routine, as a businessperson you must be prepared for the unexpected.Certainly the “shifts’ that have taken place during the last year have tested all of our perseverance and our attitudes.

Shift Happens! and that is not by its very nature bad.  You were born with a potential for Genius and creativity. We all were; just ask any mother.

In a world that drives us down toward a lowest common denominator of taste, thought, and feeling, we all need all the help we can get in manifesting the best in ourselves. It’s about how you think. What you are willing to risk and what the consumer of your products or services will pay for your wisdom. Remember: Knowledge is free. People will pay for Wisdom because that’s experience which can be monetized. Don’t give away your wisdom.

Wednesday’s blogs will be offered to help you ignite, or reignite, your own passion for growth and inspire you to soar to new heights of professional and personal fulfillment. I call it WOW Wednesday. 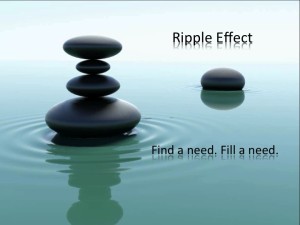 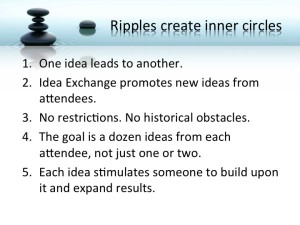