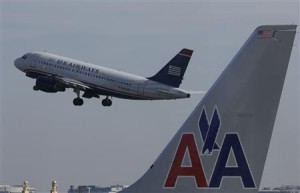 The federal government woke up yesterday to block the merger of American and US Airways. The time for the objection should have been five or six years ago when all of the airline mergers started.

Who benefits from the merger? Certainly not passengers. All it does is allow fewer airlines to charge more for less.  So why does the government now wake up to the fact that most mergers are necessary shifts in the way businesses grow?

In the five years the mergers have produced cost reductions for the airlines who continue to lose money from the business of transportation but make money from the income for all the associated services that used to be part of an airline ticket such as snacks, baggage, ticket changes, blankets, pillows, and now carry on bags. Passengers fly for less per mile than the airlines cost. So whose fault is that? Certainly any business that charges less than their costs can’t stay in business which from a competitive standpoint is ridiculous. Mergers do provide the passenger few choices but provide greater access to the consolidated airline network that gives them more internal choices.

Who are we kidding here? Is the government is protecting consumers? If they were really protecting us then they would have stopped airline consolidation years ago.

Remember when the government broke up AT&T to baby bells? 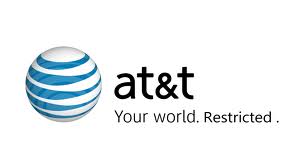 Today AT&T is bigger than ever before because the government allowed them to consolidate almost every ‘baby’ into the family. Now AT&T charges whatever they want because they reduced competition which prevents the free market from price stabilization. Just two years ago the Justice Department blocked the proposed 39 billion dollar acquisition of T-Mobile.by AT&T and customers benefited. Competition from T-Mobile forced AT&T to change its policies about contract and upgrade requirements. You don’t need a crystal ball to see that if AT&T and T-Mobile combined that would not have happened.

This merger would create the largest US airline with an estimated 21.3% market share passing Delta’s current 16.3% share and United’s 15.9% and Southwest 15.2%. In 2010 Southwest purchased AirTran, 2001 American acquired TWA, 2008-10 Delta merged with Northwest, 2010-12 United merged with Continental, and so on. Today United and Delta jockey back and forth to claim world’s largest airline and both continue to erode passenger satisfaction, service, and increase airline reality fees for carry-ons, water, pillows, meals, check luggage, ticket changes, etc.

With our government searching for ways to narrow the gap between spending and revenues, there’s a growing pot of money for the consolidated airline fees that for everything from seat upgrades to food.

If the government is considering a way to stop the merger perhaps they are really considering a way to obtain more income by changing the taxes as airlines get less and less of their income from base fares, it may be only a matter of time before a tax overhaul in the air.

“We’re in a series of downward spirals — the gas tax is in a downward spiral. The excise fee that we have on trucks and heavy equipment is creating real hiccups in revenue. And this is part of the business model changing the economics of how we finance aviation,” Rep. Earl Blumenauer (D-Ore.), who sits on Ways and Means said, “So all of these things are worthy of being looked at, and I think they will be.”

Anyone that has flown in the last few years knows that airline revenues from ancillary fees grew. U.S. airlines collected nearly $3.5 billion in baggage fees in 2012 alone — and that’s not counting any of the other fees they now charge according to BTS. That figure is nearly three times the $1.2 billion income from bag fees the airlines collected in 2008.  Airlines get the revenue but our government doesn’t. How long do you think that will last?

Now matter what the government does to stop the merger all of this will cost passengers more in the future. If the merger goes through competition is decreased and prices will go up. If the merger is stopped US Airways and American will have to raise income from ancillary fees or increase the actual ticket price.

Even today you can find the passengers on the same flight paying dozens of prices that could been hundreds of dollars more or less for the same ticket. Competitive concerns, we are told, is the basis of postponing the proposed merger. Wasn’t that the same excuse the government used when United proposed a similar merger about 12 years ago? Today the issues remain the same. Will the merger permit great competition to compete with United and Delta? How will this affect Spirit, Virgin America, JetBlue, fuel prices, destination taxes, etc. Show me the money. Will it prevent the feds from taxing us for ancillary fees? Will fuel prices go down? Can anyone find price reductions from the consolidation of Delta/Northwest, United/Continental, Southwest/AirTran Airways, Midwest/Frontier?  Remember Eastern, Braniff, TWA, American West, etc? Did passengers get better service, better planes, better meals, better bag handling? I think not.

As you can tell I am concerned about the ‘why’ for the proposed merger objection. Then I figured it out. I had my AHA moment. Reagan National Airport services Washington, DC. US Airways controls about 55% of the slots and the merged airline would control almost 70%. It would affect the elected officials, workers, and guests that use Reagan.

The argument from the Feds is that history shows consumers have not benefited from consolidations. Nor are either airline in danger of failing if the merger doesn’t take place. From my standpoint mergers in the airline industry don’t benefit passengers. They benefit the remaining CEO and management teams and there is a limit to what I can afford to pay them. 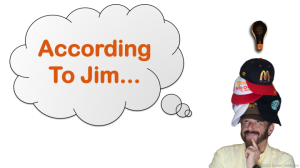 As a multimillion mile flyer Jim has travelled all over the world and often speaks and consults with the travel industry. Jim Feldman’s book, Doctor Travel’s Cure For The Common Trip can be yours for the cost of postage and handling. Drop Jim a note to request your copy. jfeldman@shifthappens.com