All In The Family Predicted Shift Happens!

Forty years ago I was watching a show called All In The Family. The head of the household, Arnie Bunker was a radical thinker. His comments were always the subject of ‘water cooler’ chitchat the day after the show aired. It was ahead of its time in issues it addressed and thoughts it offered.

When asked about how to prevent airline hijackings he said…Arm all the passengers.

Today, Illinois became the last state to ‘arm all the residents’ by passing the Concealed-carry bill. Now don’t get alarmed yet. Illinois is the last state in the country to allow concealed weapons.  In checking some of the history of violence in those states that passed a similar bill I could not find an increase in mass shootings, armed robberies, or other increases in violence. In fact what may have happened is actually a decrease in reported crimes. Why? Because the advantage of finding an unarmed victim, decreased.

Illinois had to comply with a federal appeals court deadline after the state’s ban on concealed carry was ruled unconstitutional in December. The original bill, which came out of months of negotiation, allows the Illinois State Police to issue a concealed carry permit to a gun owner with a Firearm Owners Identification card who passes a background check, pays a fee and undergoes training. The new law’s real strength is that requires any citizen seeking to conceal a weapon to undergo a minimum of 16 hours of training, bars permits for convicted felons, people with mental health and allows law enforcement to raise any other grounds that they feel warrant denial.

If we examine the records of other states that permit the constitutional right ‘to keep and bear arms’ I can’t find any indication that the implementation of this law will do anything but serve the interests of anyone that feels the need for more protection. And for the record I see NO reason for large capacity guns or rifles to be allowed to be carried. The more we know about who has a gun the better the chances of reducing violent crimes in this country. Would 911 have been prevented if as Archie suggests…we arm all the passengers? 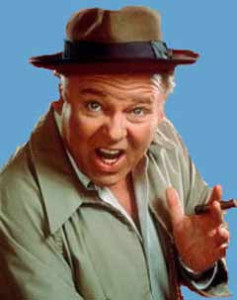 I know there are very few readers that have no opinion on gun control. Perhaps, in my opinion, this is the first step on better gun control in Illinois. Training and registration would be required.

Boxers, karate and other martial arts students don’t start fights, they walk away from them.

I support this decision because of the inescapable fact that the prior gun ban did not keep Illinois crime rates from reaching levels of crime higher than New York and Los Angeles. I know that only time will tell, but what I do know is that what we had in Illinois did not prevent violent crime.Perhaps this new law will be a step in reducing it ? 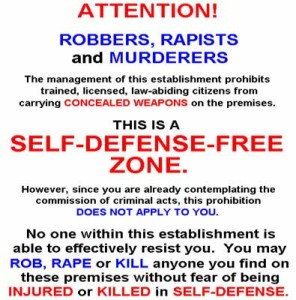