Shift Happens!® When you need a “few good men or women” 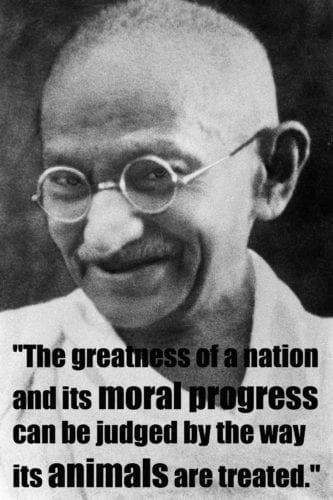 As 2018 unfolds our global environment is saturated with animal cruelty, wanton shootings, sexual harassment and more. Uncertainty and cascading doubt that we can overcome the fact that when Shift Happens we are not prepared for it. Each day we are subjected to ‘shifts’ in the White House, debates over gun control, contested elections, sexual harassment, and dishonesty. It’s a cascade of troubling news. We are in deep trouble and we had better do something about it or we are going under until we have the courage to recognize cruelty for what it is, whether it’s sufferer is human or animal we set back our progress.

Martin Luther King said, “Never, never, be afraid to do what’s right, especially if the well-being of a person or animal is at stake.”

No havens exist, no tranquility, and no respite from the hostile winds blowing in from North Korea, armed conflicts in Afghanistan, Iraq, Syria, Somalia, Libya, Yemen, etc. These global events require most of us to be observers unless we are in the military. We can offer compassion which may help guarantee our morality but at best it is ineffective if those that can effectuate change don’t listen. That’s not the case with domestic violence, animal cruelty, assault weapons in the hands of minors, and a shift in our moral compasses from the White House to the outhouse.

Some of these ‘shifts’ are referred to as the natural evolution of things but for the most part, they are manmade which means they are fixable. We have a greater responsibility that we imagined years ago. We have to stand up, speak out, and demand accountability.

This week we saw over one million students leaving school in protest of the gun control issues not being addressed while all  morn the needless killings of 17 students in Florida, Las Vegas shooting, Chicago off-duty policemen shootings, and more. Some schools supported the student involvement, others threated suspension or expulsion. How can we restrict these acts of support? Shouldn’t all students be encouraged to embrace the shelter of compassion and pity?

Some of the issues that bothered us in the past few years simply moved forward as we attempt to investigate how these tragedies continue. Somehow, through it all, we become more cautious, more concerned about inequities, and forget that we need to band together when these obvious instances of ‘people have gone mad.’

How can we watch provocative, controversial, outside of conventional wisdom take place as an observer? I recognize that we have seconds to react to many of these issues but in other instances, they take place over a longer period of time. Kindness and compassion need to be energized. It’s time to ‘shift’ our attitudes to those that are at its mercy.

For instance, United Airlines has been buffeted by a list of public relations nightmares, in full view of passengers, that appeared to ‘observe’ rather than ‘react.’ Most of us recall a passenger being dragged off a flight so that a United employee could have his paid seat? Did United learn from this experience? More, importantly did we?

A girl whose dog died on a United flight said her mom pleaded with a heartless flight attendant — who insisted she stuff the pet carrier in an overhead compartment — and later claimed she had no idea there was a pooch in the bag, according to reports.  Dozens of passengers heard the dog barking and crying for several hours, yet the dog remained in a TSA approved pet carrier stuffed in the tight overhead luggage space. Animals are fellow creatures. Animals have rights.  When UNITED charges $200 for a pet to board its plane that is the equivocate of selling another ‘seat’ on the plane.

Last year, United had the highest number of animal deaths of any US carrier, according to the Department of Transportation — with 18 animals killed and 13 injured. United was sued last year by the owners of a giant rabbit that died on one of its flights. Six animal deaths in total were reported from the other 16 airlines included in the DOT report, according to Reuters.

According to United’s website, its policy for onboard pets is: “A pet traveling in a cabin must be carried in an approved hard-sided or soft-sided kennel. The kennel must fit completely under the seat in front of the customer and remain there at all times.”

We can’t understand a lot of the ‘shifts’ in the world but we do need to take a stand when we see someone that is being disrespected, harassed, cheated, abused, etc.  Animals cannot tell us when their rights are being absolved. The principle of animal right is nothing new. Animals are not ours to use and abuse. Gandhi said, “The greatness of a nation and its moral progress can be judged by the way its animals are treated.” We are failing. We fail to protect our students. We fail to protect concert attendees. We fail to protect policemen that are there to protect us.

In the movie, A Few Good Men, two marines-Downey, and Dawson- are accused of administering a ‘code red. At the conclusion of the film they are found guilty.

Downey: What did we do wrong. We did nothing wrong.

It’s it time for a Few Good Men (and Women) to stand up for those people or animals that can’t fight for themselves.